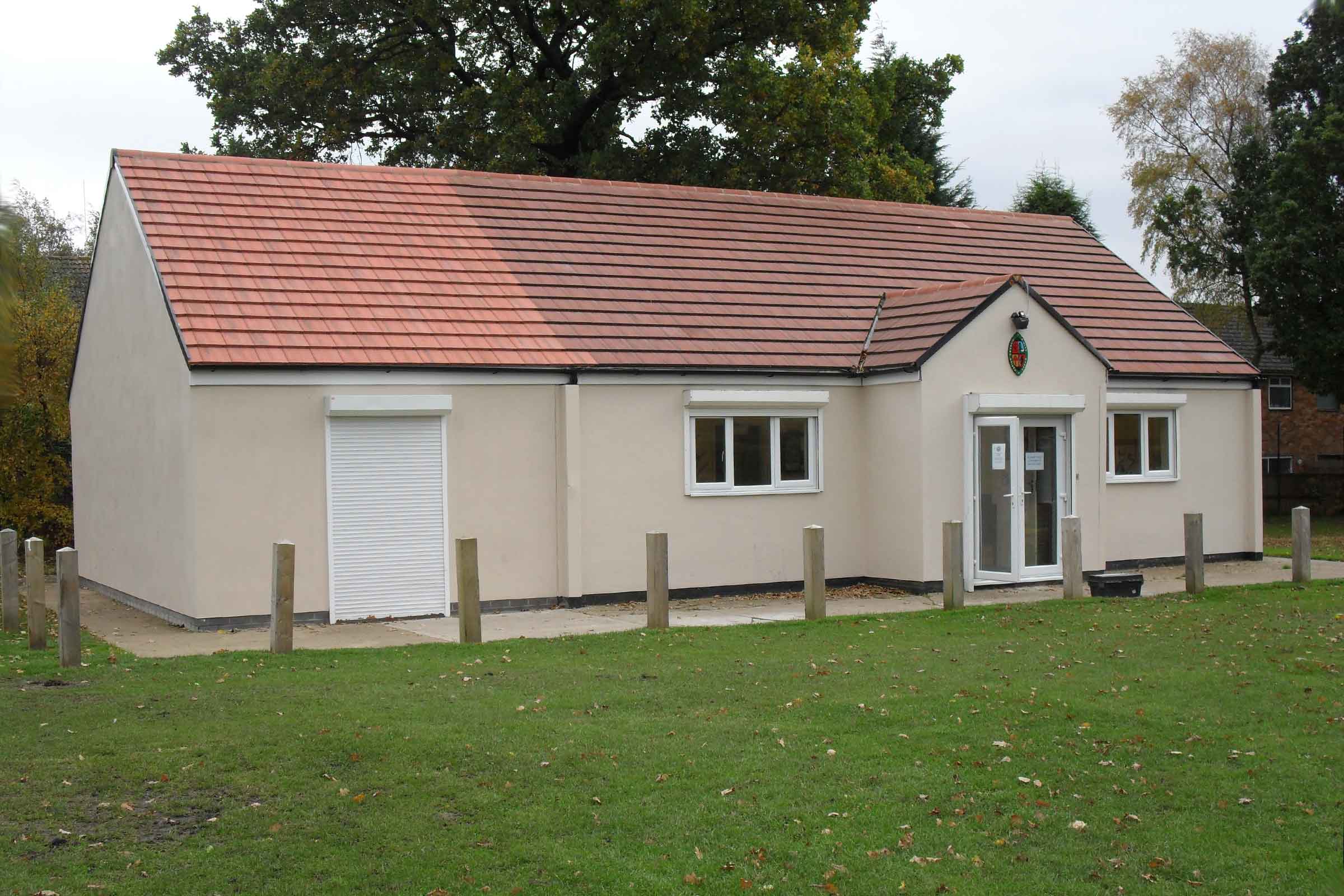 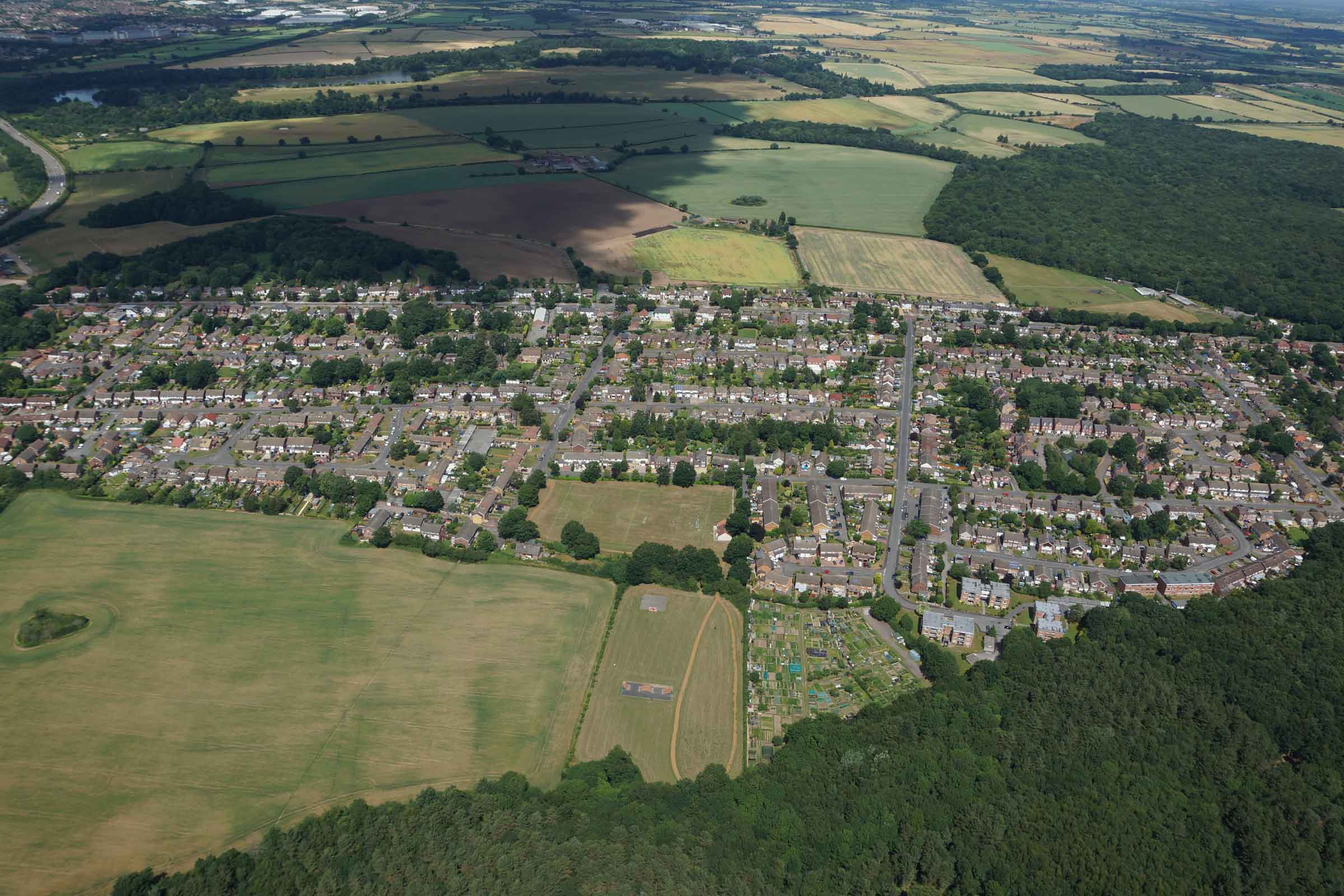 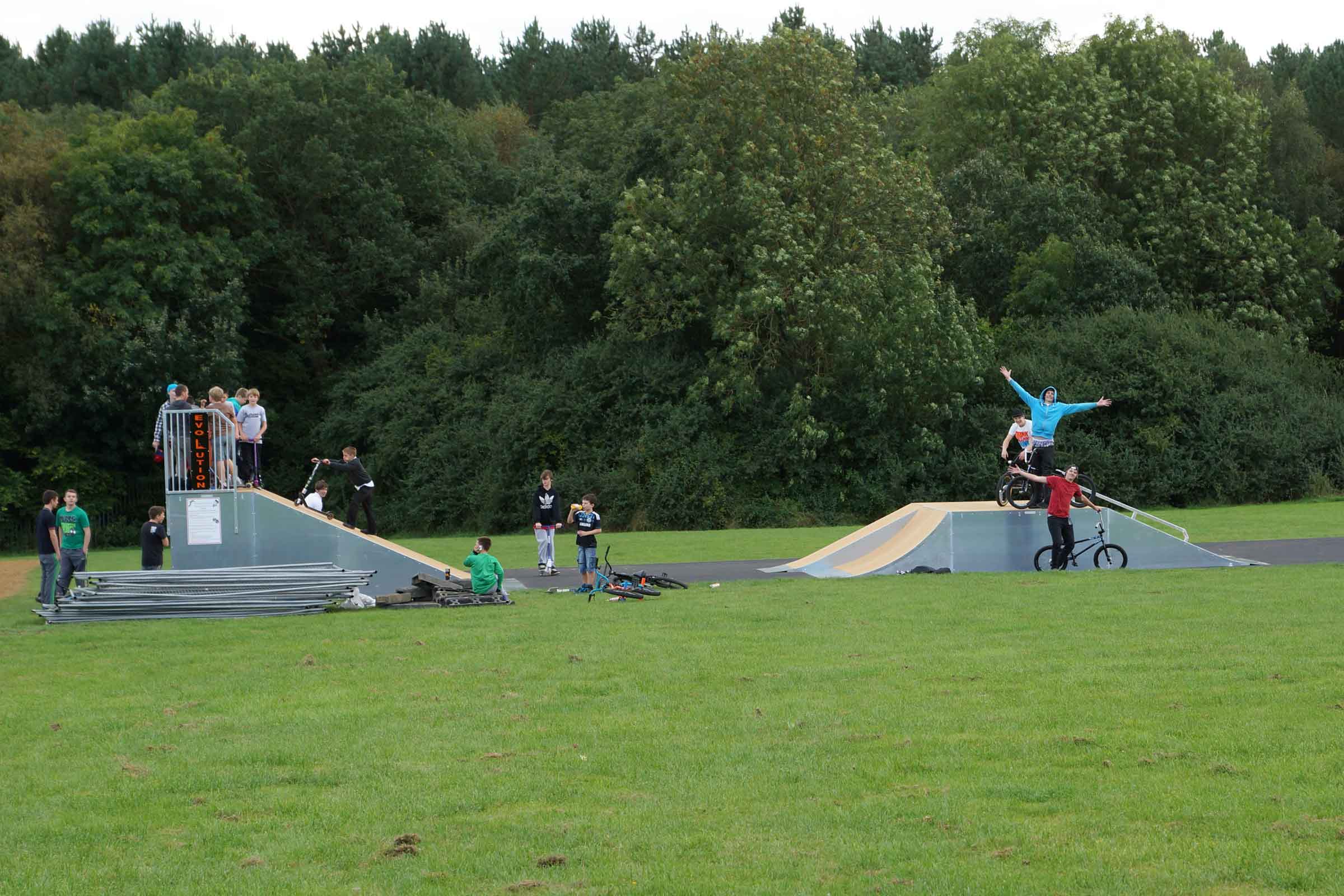 The Village of Binley Woods. A Short History

Binley Woods is a 20th century Warwickshire village in the Borough of Rugby. It lies on the A428, approximately seven miles west of Rugby and five miles east of the centre of Coventry.

The developed area lies along and to the south of the A428, "like a chrysalis hanging off the Rugby Road". Future expansion is constrained by theGreen Belt on all sides. The village lies on poorly drained, heavy clay soil.

The wider Binley Woods Parish includes woodland and farmland to the north and south of the A428. The parish's western boundary runs along the A46 from the B4027 in the north to the main Coventry-London railway line in the south. The southern boundary is marked by the original boundary of the Craven Estate at the edge of Brandon Wood, and to the north-east the boundary runs between NewClose Wood and Birchley Wood.

The site of the current Binley Woods was originally part of the Coombe Estate. Coombe was a Cistercian Abbey and its estates date back to July 1150. The estate changed hands several times over the centuries though its boundaries remained very much the same. It ceased to be a monastery in 1539 with the dissolution of the monasteries and was then bequeathed to various lords and earls over the years. It came into the possession of the Craven family in October 1622. The southern and part of the eastern boundaries of the current parish are set on the original boundaries of the Coombe Estate.

When the estate was auctioned off in 1923 following the premature death of the 4th Earl of Craven, John George Gray bought a large part of the land including the Abbey which he bought to live in. He was a builder, property developer and shrewd businessman. Some of the estate was farmed, such as the area around Old Lodge Farm and what was then Roseycombe Farm (now Cottages). Parts of both of these date back to the 17th century. However, a large part of the area to the south was woodland containing valuable hardwood timber and lay alongside the main Coventry to Rugby Road, so John Gray had the trees felled, sold the timber and then sold the land off for building. Also a large portion of land was bought by Samuel Gorton, who died shortly afterwards, and that land was subsequently sold on to John Todd of Northallerton. Another section of land, around what is now Woodlands Road, was sold to a Mr Hanson, a builder who was an uncle of John Hanson, a famous singer; as a result, Woodlands Road was originally known as Hanson‟s Drive. John Gray sold the land he still held, principally to the western end of the village, at £50 an acre, to anyone interested. By 1939 there appears to have been no more than around 200 houses in the village, principally along the Rugby Road and Woodlands Road, plus the Roseycombe pub which was built in 1935.

During World War Two, as Coventry people were bombed out of their homes or chose to escape from the bombing, they came to this area looking for lodgings or accommodation. Many bought or rented a part of the one-acre plots and built their own wooden shack or put an old tramcar, bus or caravan on the site. There were a great many of these sites in the village, mainly along Heather Road and Monks Road. After the war and during the 1950s, when the owners wanted to replace them with a brick-built home, they ran into planning restrictions. This led to the speculative buying up of these sites by various builders. At the end of the war, in 1945, Vera West was running the Post Office at her parents' home on the Rugby Road. She was the youngest Post Mistress in Britain. There were very few shops in the village, the majority being opened in the front rooms of houses on the main road. In properties to the south of the area several families ran small holdings growing and selling plants and produce.

In the late 1940s, the most popular playing place for the children was an area that is now roughly at the end of Sir Winston Churchill Place. They called it 'The Beeches’ and it consisted of three ponds, some large beech trees and a patch of grass. Nearby, at what is now the corner of Birchwood Road and Craven Avenue, the Roseycombe Rockets cycle speedway team had their cycle track. As the area was subsequently developed, these were lost; but the Parish Council acquired the land where the cycle track was situated for a playing field which was officially opened as the Village Recreation Ground on the 6th April 1963.

In the 1930s and 40s, when the residents of the area wanted to hold a function they had to use the Co-op Hall, at the junction of Willenhall Lane and Brandon Road, or St Bartholomew‟s Church Hall. During the war a concrete air-raid shelter had been built on land at the south side of Rugby Road and on 10th March 1949 a public meeting was held at Binley School to propose that this air-raid shelter be adapted as a temporary village hall, and also to proceed at once with raising funds for the erection of a purpose-built hall on that site. The local vicar the Reverend Kenneth Bell of St. Bartholomew's, purchased the site and kindly presented it to the village.

On the 19th July 1949, the air-raid shelter was officially opened as the temporary village hall. After considerable fund-raising from whist drives, dances, raffles and fetes, a new village hall was built to replace the converted air-raid shelter and this was opened on 18th May 1957. One of the village hall's prime functions was to serve as a Church and Sunday School meeting place. Over the years the Hall has been home to most village organisations. It has also been used for whist drives, dances, bingo, plus birthday and wedding celebrations.

In the 1950s, only the main Rugby Road was made up. Heather Road and its connecting roads were still muddy, rutted tracks, and vehicles frequently became stuck. Residents taking the bus to work would walk to Rugby Road in their wellington boots, change into their normal footwear and hide their wellies in the hedge until they returned that evening. In some cases residents were charged £200 (the equivalent of almost £4,000 today) by Warwickshire County Council to have their roads made up to adoption standard; in other cases, residents grouped together and employed a contractor to undertake the work. Electricity, gas, piped water and sewerage were extended south of Rugby Road.

As the village's young population grew it required its own school and in 1953 the first school was opened.The "Roseycombe Junior & Infants School’, which was built on a site previously intended to be a continuation of Monks Road.

In 1961 it was decided locally that the village needed it's own dedicated name to differentiate itself from Coventry's section of Binley. After a local ballot the name 'Binley Woods’ was chosen, and on 14th October 1961 the new road sign at the western boundary of the village was ceremonially unveiled. Subsequently, the local school was renamed 'Binley Woods Junior & Infants School’.

In a period of just twelve years starting in 1962, the size of the village doubled. To cater for this population increase a row of shops was built at the southern end of Woodlands Road. In October 1973 a new Middle School (now Binley Woods Primary School) was opened at the eastern end of the village, the existing Junior and Infants School having been converted into a First School. In 1967 a library was opened on the corner of Monks Road and Birchwood Road replacing a mobile library. That library was subsequently closed in 2012 to be replaced again by a mobile library service.

In July 1980 the Friends of Brandon Wood was formed in response to the proposed sale of the Wood by the Forestry Commission. Their objective was to prepare and implement a management scheme, which they were able to do, having first secured the active co-operation of the Commission and the backing of a large section of the villagers. Subsequently, in 2000 the Friends were able to purchase the freehold of the Wood in furtherance of these aims, securing this ancient woodland as a publicly accessible amenity.

Also in 1980 the Parish Council purchased the eastern extremity of the wedge of farmland between Brandon Wood and Binley Woods village. The western half-formed an extension to the established Recreation Ground, providing a pedestrian connection between the heart of the village and Brandon Wood now often referred to as the Back Field; the eastern half was formed separately into a 40-plot Allotment Garden accessed from Woodlands Road and managed on behalf of the Parish Council by a Committee of Plot Holders.

In May 1988 the County Council declared the long Craven Avenue frontage of the First School surplus to its needs and proposed to sell it off for building. This was challenged by the Parish Council, and after much negotiation, in January 1989 the land was leased to the Parish Council at a peppercorn rent. This land was to be used as a play area for the younger children of Binley Woods and for holding fetes. It became known as “The Village Green”.

In 1996, following a reorganisation of the county's education system, the former Middle School in Coombe Drive became a Primary School and the First School off Woodlands Road closed, with the land sold off for housing development. The Village Green was reshaped and acquired permanently by the Parish Council. A memorial stone commemorating those from the village who gave their lives in the service of their country in the Second World War was subsequently installed there in 2005.

In 1989 the A46 Coventry Eastern Bypass was opened, the new road ran through the western end of Binley Woods. Later, in 1994 the A46 became the new Parish Boundary.

In 2001, Broad Street Rugby Club moved from their previous site on the Coventry side of the Eastern Bypass, to a new purpose-built site at the western end of the village, with floodlit pitches and a clubhouse. It was officially opened by Martin Johnson, captain of England's Rugby Team.

Binley Woods has associations with many celebrities: John Hanson, already mentioned; David Moorcroft, who lived in Craven Avenue when he won his Olympic Gold; Allen Lloyd, founder of Lloyds Chemists grew up at a house on the Rugby Road; and actors Martin and John Marquez, who have made television appearances in programmes such as "The Bill", "Doc Martin" and "Hotel Babylon". It is also rumoured that Sir Winston Churchill slept in the village one foggy night, but we have not been able to confirm this. However, quite possibly Binley Wood's greatest claim to fame came in the early 1990s when a bungalow in Heather Road was used as the setting for Hyacinth Bucket's house in the TV comedy "Keeping Up Appearances".